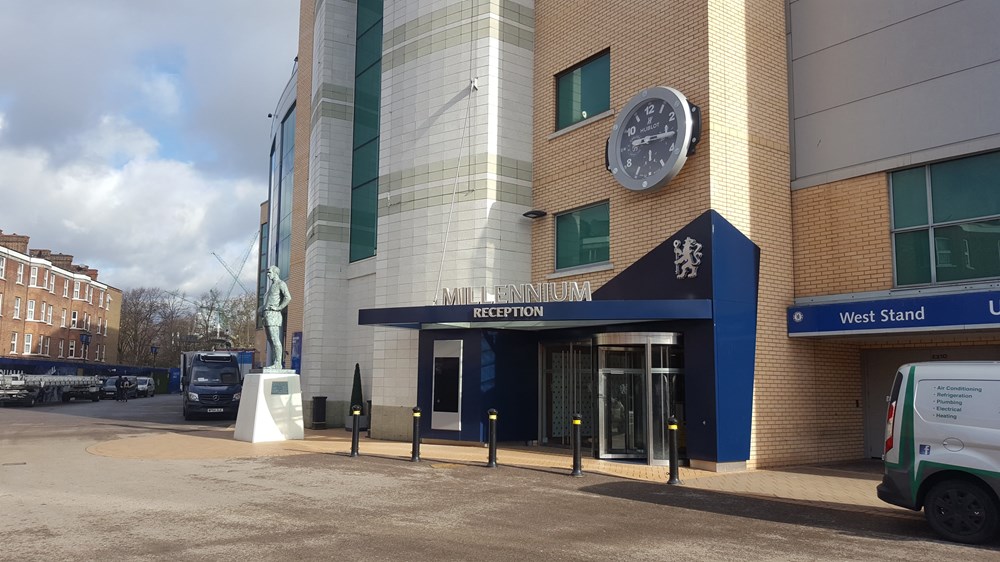 Louis, an IT support apprentice for Learning Nexus who studied at Gloucestershire College, has been shortlisted the Apprentice of the Year – Advanced (Level 3) at the “The Clarion Futures Apprenticeship Awards”, held at Chelsea Football Stadium on Thursday 8th March 2018.

The Awards ceremony, held at Chelsea Football Stadium, was hosted by Clarion Futures, Love London Working, and the National Apprenticeship Service and celebrated apprentices across a range of organisations. The award application process required the apprentices to demonstrate how they have made improvements to their skills, confidence and employability as a result of completing their apprenticeship, as well as how they had contributed towards the success in operation of their organisation. 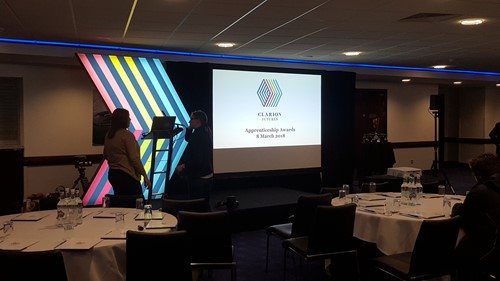 Clarion Futures is the charitable arm of Clarion Housing Group, the largest housing association in the UK. They provide help and support to their estates and neighbourhoods with a number of development programmes to enhance skills, career prospects and learning opportunities. The Group is passionate about its apprenticeship programme, with a target to employ over 200 apprentices this year. The Awards were set up to recognise apprentices either on their own programme or apprentices who work for Clarion Housing Group suppliers, such as Learning Nexus.

Louis joined Learning Nexus as an IT Apprentice in January 2017, but his role has expanded much further than he first anticipated. Working alongside another apprentice, Kieron Beasmore, Louis was able to work towards his BTEC Level 3 Diploma in Professional Competence for IT and Telecoms Professionals and Level 3 Certificate in ICT Systems and Principles at Gloucestershire College, whilst working full-time at Learning Nexus’s Gloucester based office.

The main duty of the IT Apprentice role initially was to manage the support desk to help Learning Nexus customers with their queries and issues. Despite this, the role for Louis expanded to something much more challenging. When managers from Learning Nexus realised Louis’ capabilities, he was given the opportunity to work on larger projects such as building databases and eLearning production. These unexpected opportunities have allowed Louis to further his skills, presenting his gained knowledge to the Clarion Futures team, which led to him being shortlisted for the award.

Keith Exford, Chief Executive of Clarion Housing Group, commended the shortlisted apprentices for the impact that they have had on their employers and encouraged attendees of the event to spread the word about the undervalued benefits of apprenticeships to the individual and employers. 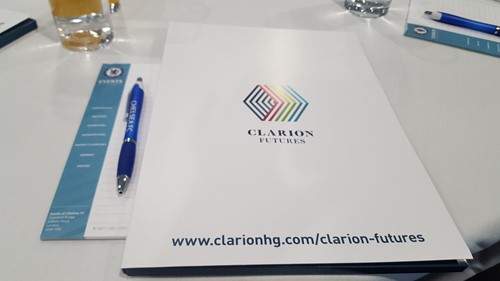 Louis, shortlisted IT Apprentice, said: “It’s been a great experience which has shown recognition from not only my company, but from Clarion Futures as they appreciate the hard work and effort put in by apprentices every day. The speakers offered hopeful views for the future of the apprenticeship system and I look forward to seeing what’s to come.”

Samantha Harris, Marketing Manager for Learning Nexus added: “This is a great achievement for both Louis as a young person looking to develop his career, but also acts as a great nod towards the benefits of apprenticeships. We heard from many speakers at the event who all felt passionately that apprenticeships can become a key part of organisations, big or small. We are very proud of Louis for getting this far and look forward to seeing what he can achieve post-apprenticeship”. 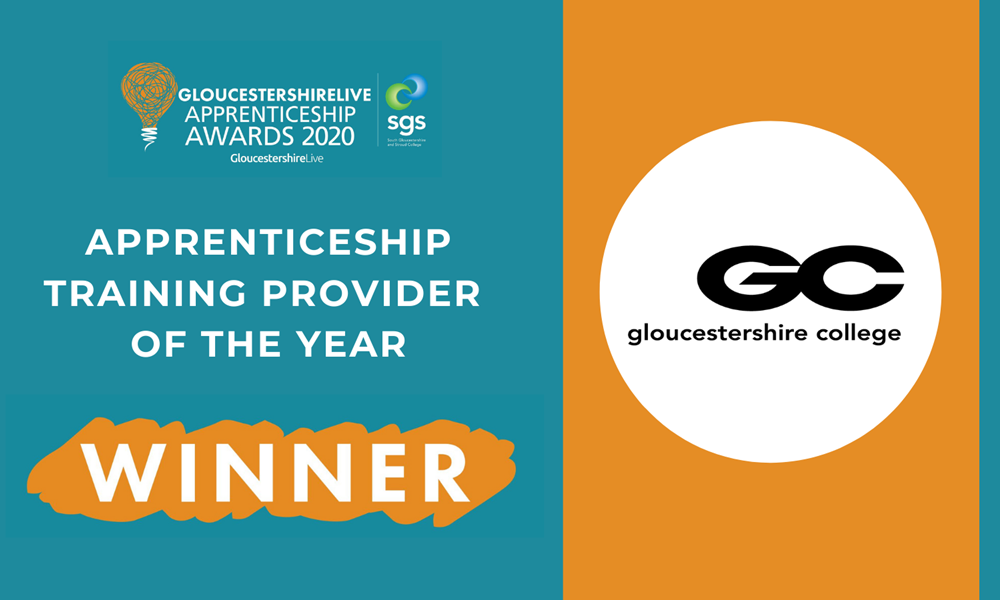 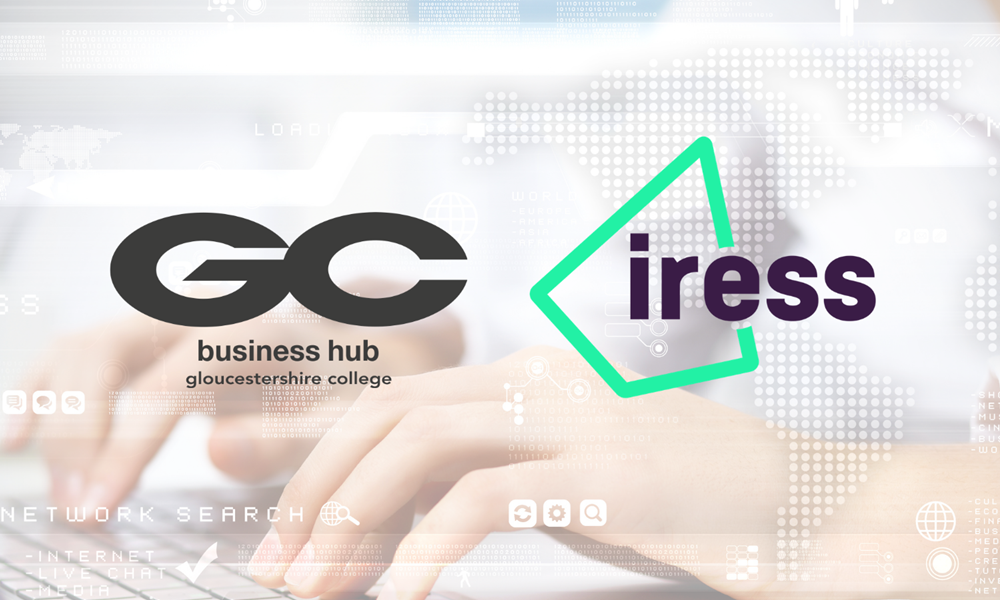 Gloucestershire College’s Business Hub team is hosting a free webinar for employers to discover the specialist IT and Cyber apprenticeships available at GC, including our brand new degree programmes. Find out more here. 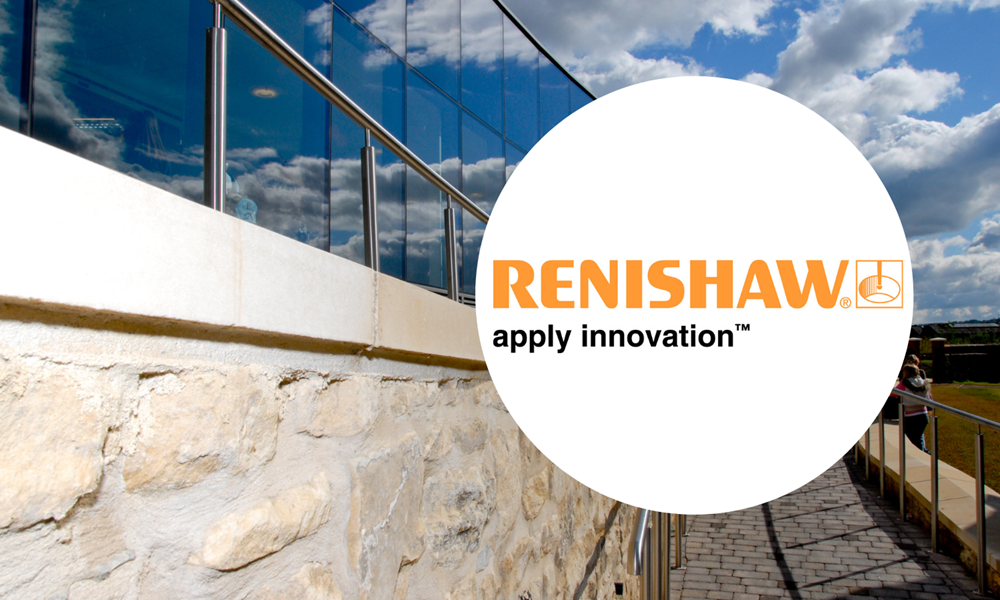 Employer case study: Renishaw - The value of apprenticeships in business

Gloucestershire College proudly works with Renishaw to train Embedded Electronic Engineering Degree (Level 6) Apprentices. We caught up with Julia Russell, Apprentice Lead at Renishaw, to share why apprenticeships form such an important part of their business and why local employers should consider hiring apprentices or upskilling existing members of staff through apprenticeships. 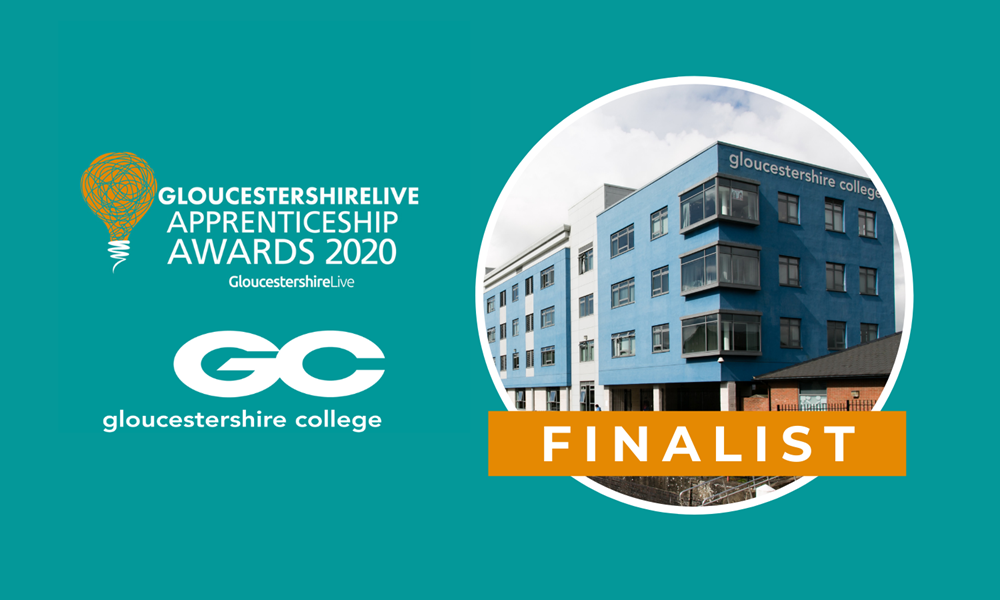 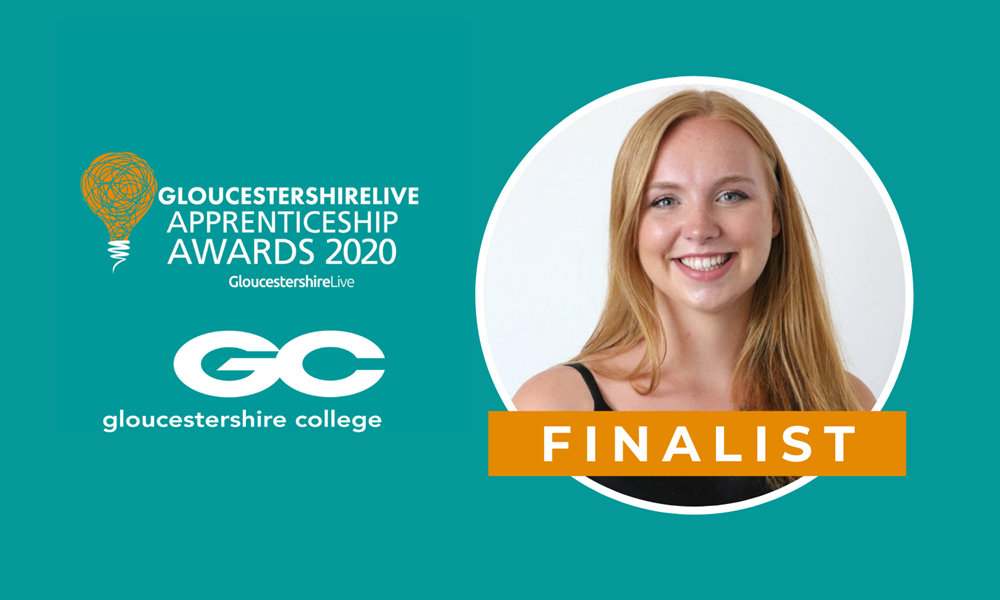 The winners of the GloucestershireLive Apprenticeship Awards 2020 are soon to be announced during a virtual awards ceremony on Thursday 19th November 2020. Gloucestershire College is proud to share the achievements of our outstanding apprentices, with six finalists in the awards this year. We are delighted to shine a spotlight on our finalists to celebrate their incredible achievements and inspire others to pursue an apprenticeship. Congratulations to all our finalists, we have our fingers crossed for you on the big night!