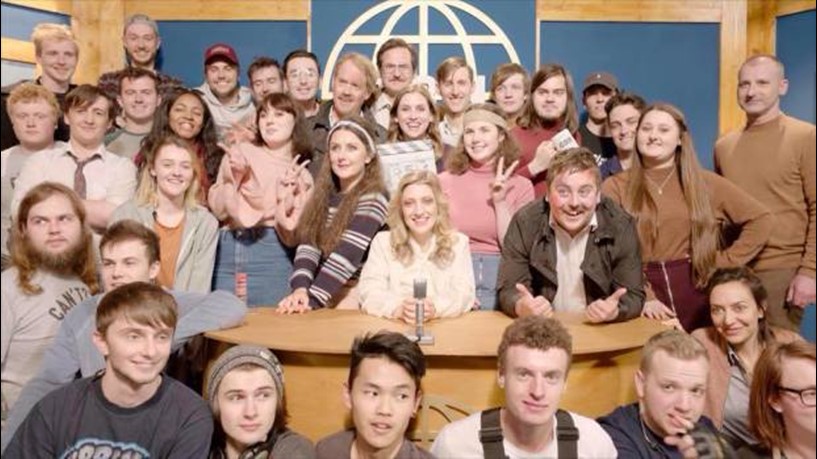 A group of GC students on the BSc Film Production Degree course triumphed over a competitive field at the 2017 INDI Young Filmmaker Awards, taking home the winning award in the age 20-25 category.

The third-year students (pictured above), wrote, shot and edited the winning short film entitled, ‘Broadcast’ as part of their degree course, accredited by Birmingham University. Directed by 21-year-old Mollie Boughen, the film follows timid weather girl, Fiona, who has worked at a news station for 10 years but is ignored. Through the chaos of a breaking news story, she fights to be heard in a 1980s male-dominated studio.

The students raised £2,232 using a crowdfunding website to enable them to hire antique lenses and filters to create an authentic 1980s look, use experience hair and make-up artists, and source authentic costumes and props.

The award ceremony took place on 15 July at Headrow House in Leeds, as part of the Independent Directions Film Festival. The judges watched each of the 11 films in the category for the first time at a public screening on the night, selecting ‘Broadcast’ as the winning entry – gaining the group a star rating and BBFC classification.

Watch a backstage video of the shooting of the film on YouTube here. 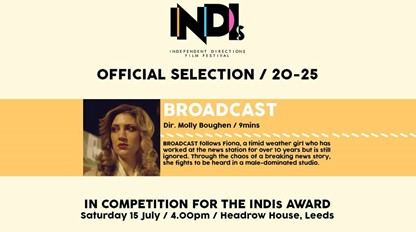 If you’re interested in immersing yourself in the world of film and developing your creative and technical skills, our experienced Film and Media Department can help you progress from HNC to degree level, with courses merging film theory and practice, using cutting-edge camera equipment in our on-site studios. 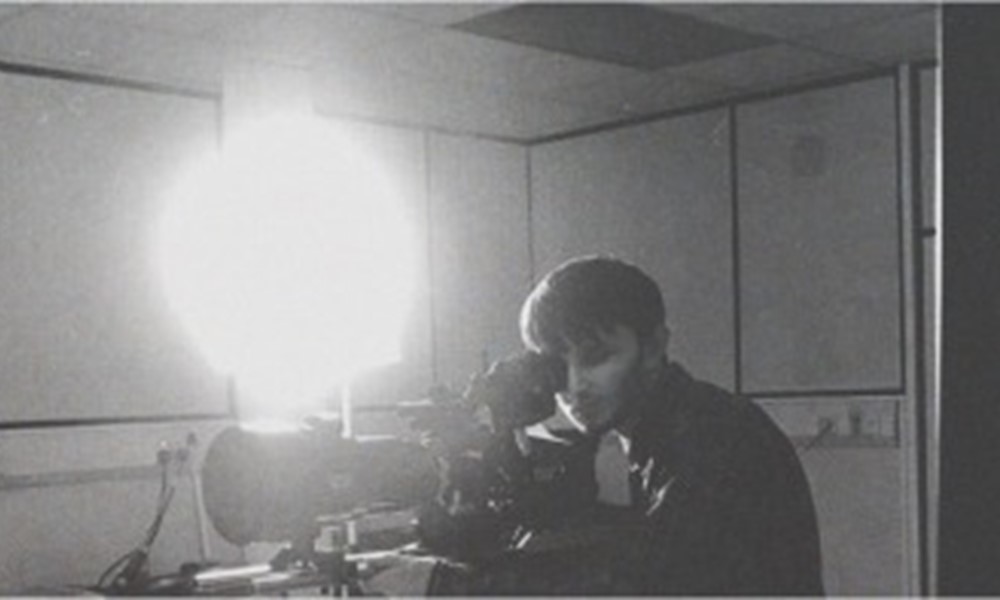 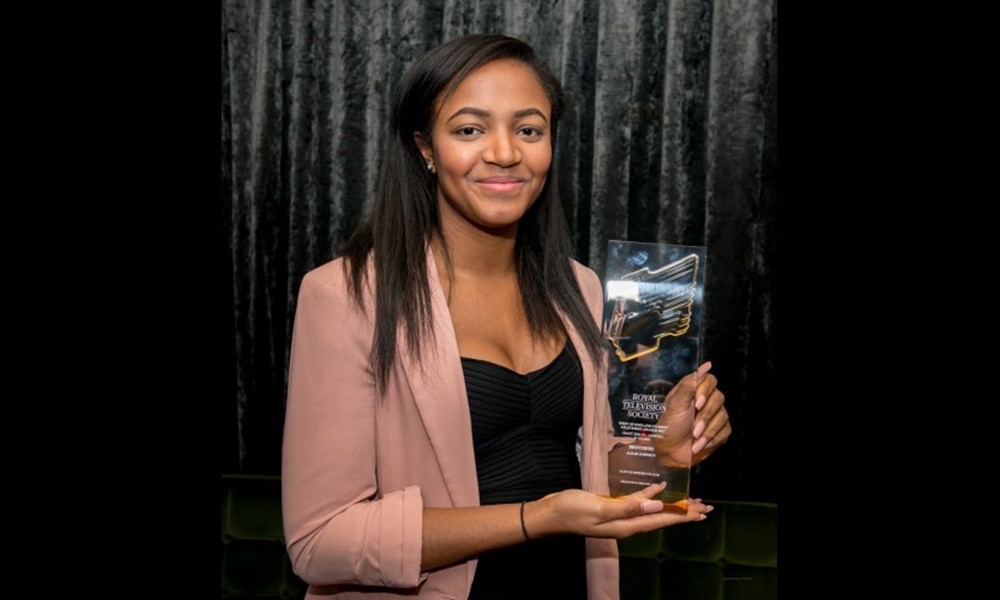