Gloucestershire Police dogs give an exciting display to students 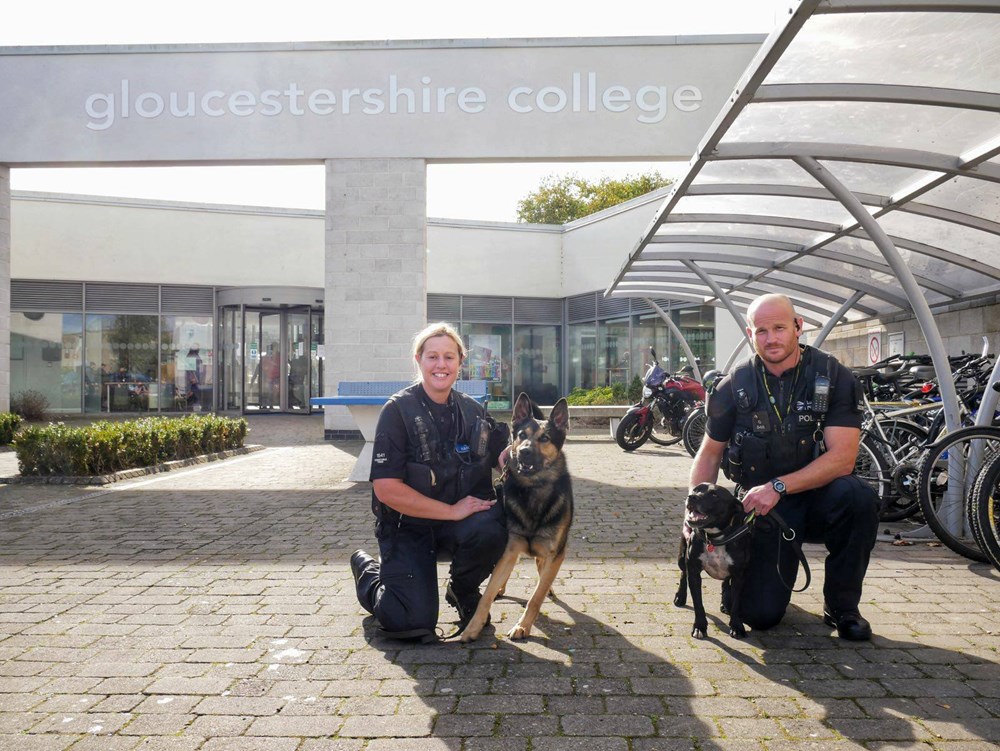 This week saw Level 1, 2 and 3 Uniformed Public Services students at our Gloucester Campus continue their series of live displays from a range of public services with a visit from Gloucestershire Police and two of their best police dogs, Stella and Quest.

They were also joined by students from our Construction courses who were interested in the display. The police dog visit was the next in line visit relating to the students work-related learning, which includes visits and demonstrations from the Army, Navy, Marines, RAF and Fire Service. The police dog visit was also an opportunity for students to build their knowledge of how the police work, and on skills learnt in Riot Training done in previous classes. 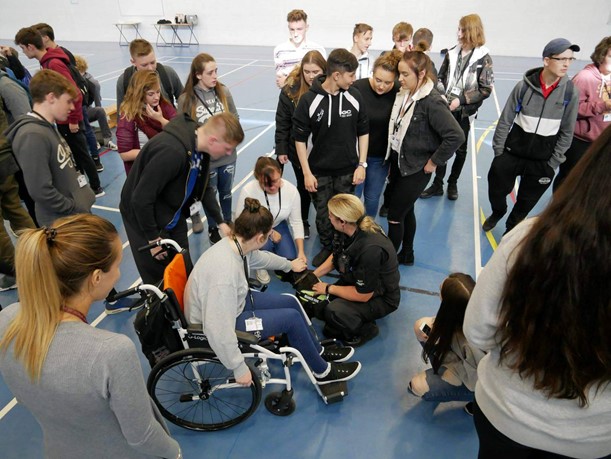 Uniformed Public Services lecturer, Richard Coughlin, said that visits such as these are vital for the learning experience and give students the "chance to look at a different style of policing - it's always good to get the dogs in and breaks down some barriers for meeting the police as well".

The session started with the students being introduced to Stella, a four-year-old Staffordshire Terrier. Stella was rescued by the RSPCA at the age of one and has been training with the police and her handler, Claire Todd, a Tri Force Specialist Operations at Gloucestershire Constabulary ever since. She is specially trained in sniffing out and identifying hidden money, drugs, guns and ammunition; she showcased her amazing nose by finding two packets of money hidden in our Sports Hall within minutes of entering the room. Stella was also awarded an Animal Hero Award in 2015 for her work with the police. 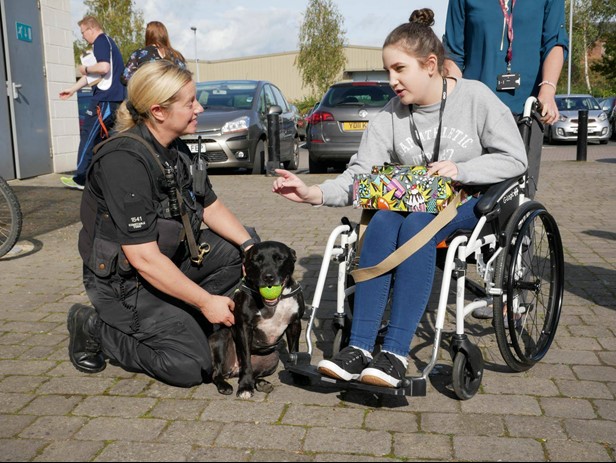 The second police dog introduced to the students was German Shepherd, Quest, who is specially trained in handling people. Not only does Quest support the police in chasing down and biting people who are running away and need to be detained, he's also there to find missing people and is trained in the safe finding of children, the elderly and also Alzheimer's patients. Quest displayed the discipline that it takes to be a good police dog, giving students an exciting demonstration of how he chases down and uses biting to detail people who are running from or threatening the police. While biting is always a last resort for the police when detaining, it's an exciting part to display for students, and is an opportunity for students to experience all aspects of what it takes to become a police dog handler and instructor.

"I think it's really important to come to colleges. I was 11 years old when I decided I wanted to be a police dog handler. I watched a display by police dog handlers and thought it was an amazing job and that's what I wanted to do. My dreams came true by watching a display like the one we have done today, and gives students a great insight into what we do and how brilliant a job it is. If I can inspire dog handlers of the future by coming to schools and colleges it's great" - Claire Todd, Police Dog Handler and Instructor, Gloucestershire Constabulary 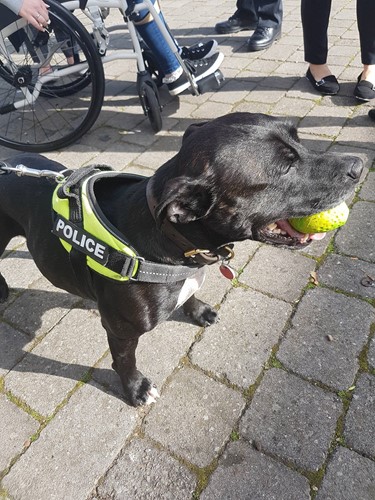 The police dog visit also comes just after our campuses have announced their chosen charities for 2017-18, which for our Gloucester Campus is WAG's, a charity for retired police dogs. The money raised from Gloucester Campus this year will go towards supporting police dogs after they have retired. Once a police dog reaches retirement age they are usually around 10 years old, so finding pet insurers who will given them policies is difficult once they have left the police. The charity money raised goes towards helping to pay for vet bills for these dogs so that they can have an operation rather than being unnecessarily put down. "If they need an operation it can cost thousands of pounds so the Retired Dogs Trust will pay towards the operation so they they don't have to be put to sleep," said Claire Todd.

If you would like to know more about the charities that each of our campuses are supporting as their main charities this academic year, please visit their websites below. 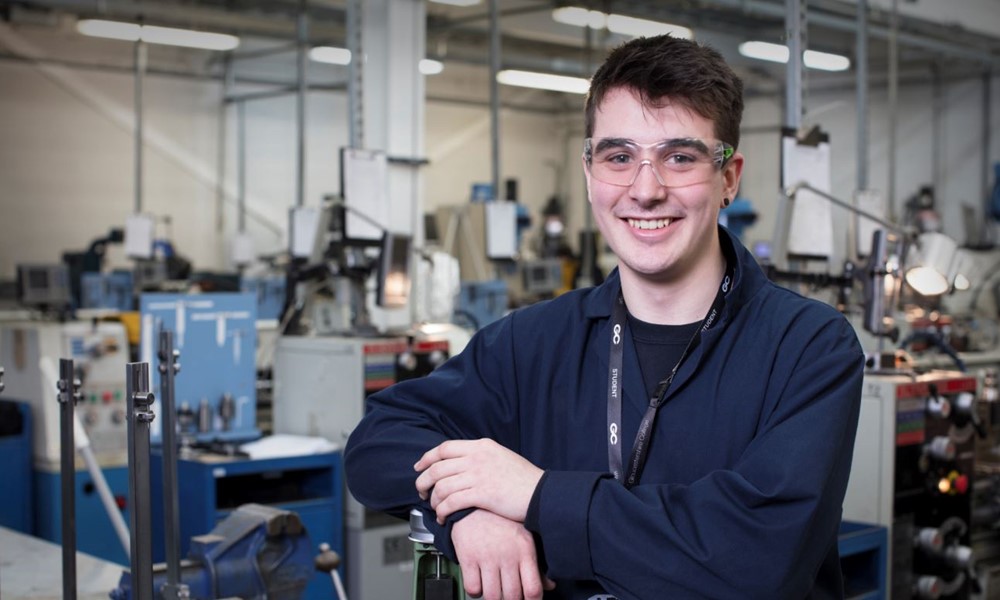 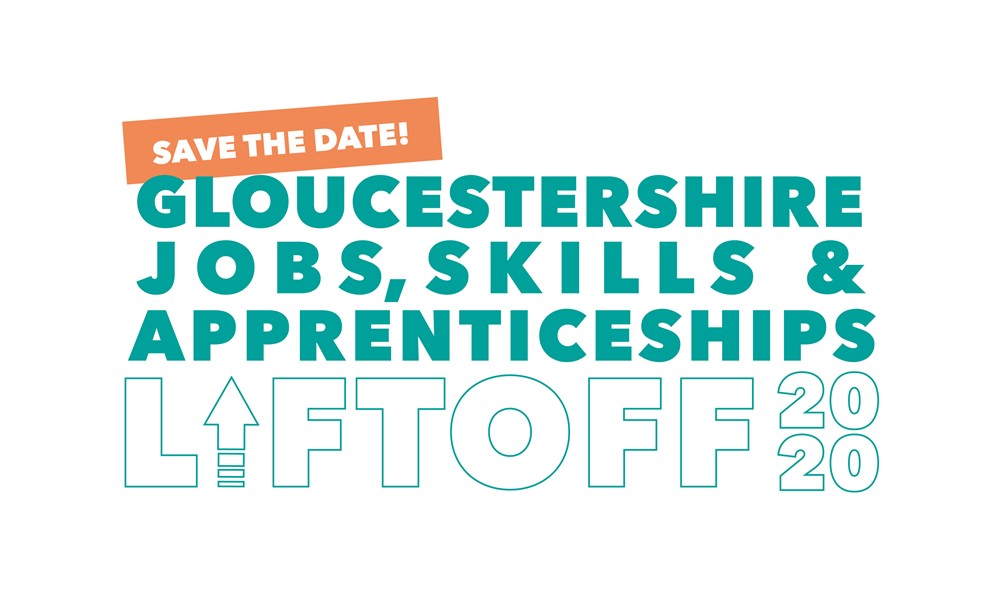 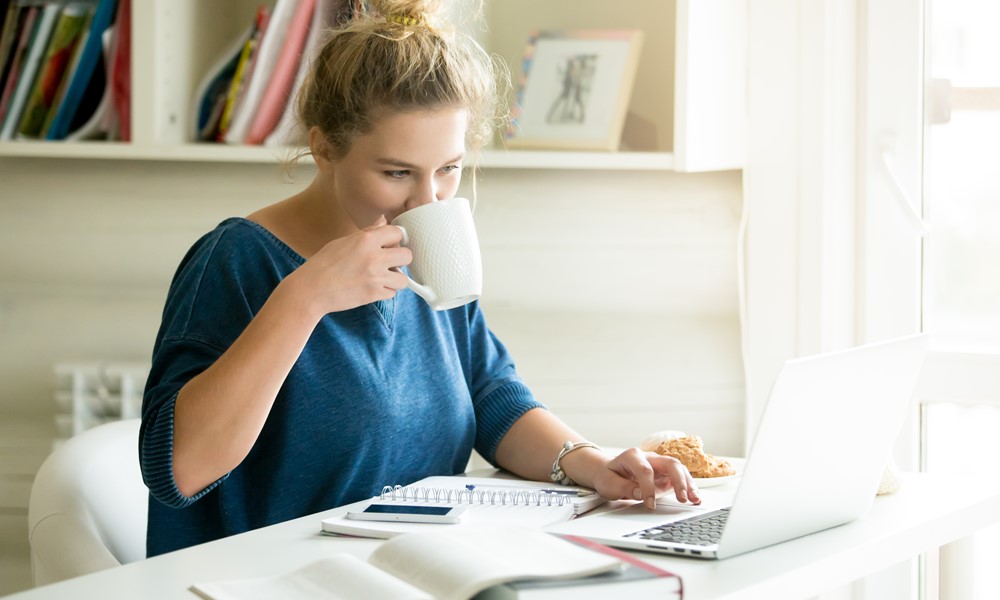 We’re delighted to launch a new series of free, online short courses to help people keep learning, wherever they are, and support Gloucestershire businesses in getting back on their feet. Following the chancellor's update on Wednesday 8 July 2020, the government has announced significant support for apprenticeships as part of their Plan for Jobs. Find out more here.