A well-respected local engineer and businessman, Oliver Blizard was born in Painswick in 1932 and attended Cheltenham College. He began his career as an apprentice at Fielding and Platt, one of the county’s most prominent engineering firms and served in the Royal Engineers and Territorial Army.

On return from National Service, he joined Rover/Volvo specialists Page and Davies, working his way up and eventually taking over the business, which he expanded by opening car dealerships, body shops and filling stations around Gloucestershire.

He was known for being a fair and generous employer, who was widely respected by his associates and employees. He remained a very private person throughout his life, often keeping his gestures of generosity a secret and opting out of social occasions, in favour of spending time in the village pub.

Mr Blizard’s passion for radio led to his role as one of the founding directors of Severn Sound radio station, on which he performed a regular Saturday morning restaurant review, taking his research very seriously. He never fully retired, but sold his business to pursue his interests in cookery, wine and cricket, and to spend time with his family.

In honour of his memory and commitment to the engineering industry, Oliver’s wife, Sarah has kindly made a substantial investment towards equipping the new engineering laboratories at Gloucestershire College with the latest technology. The new facilities, along with a memorial plaque, will be officially unveiled by Mrs Blizard in a ceremony on 22nd June.

The Oliver Blizard Engineering Laboratories feature state-of-the-art technology including mechatronics, control systems and areas for CAD and CNC. Our courses run right the way from Level 2 to BEng Hons Degree, with close links with companies like GE Aviation, Delphi and Poeton to ensure our engineers graduate with the skills they need to build a successful career in the industry.

Find out more about engineering at GC at: www.gloscol.ac.uk/engineering 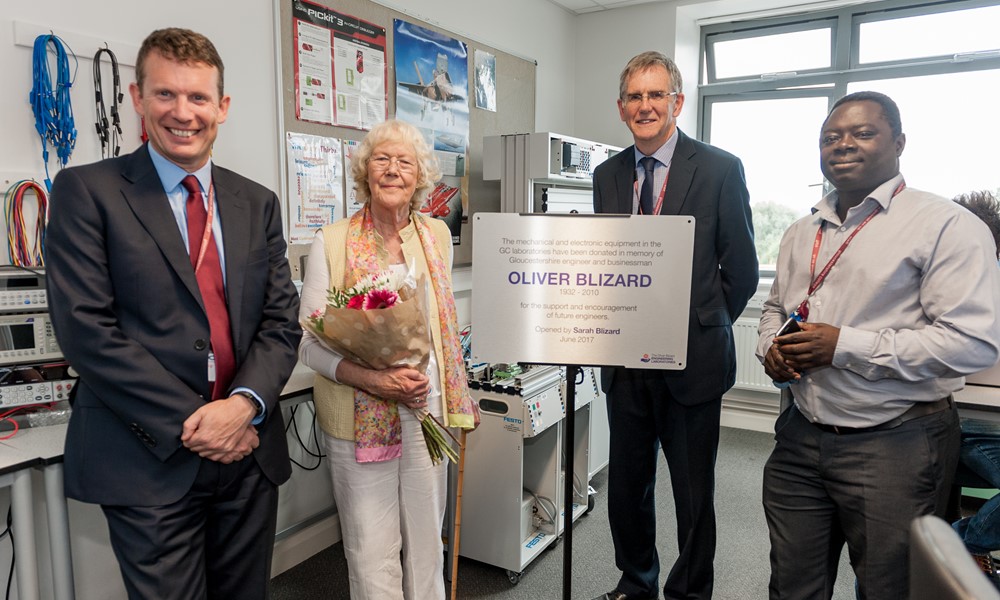